This meeting was attended by 109 participants, from 10 countries. Lawrence Sherman, FACEHP, CHCP welcomed the participants and explained the rationale for the meeting and the scientific program. A key-pad survey was conducted to see the distribution of participants in this meeting.

Prof. PC Wong gave an introduction of the Global Fertility Academy and its activities so far, and what it hopes to achieve with a scientific meeting to share the highlights of the ESHRE 2016 Annual Meeting. The scientific program was divided into 6 parts.

Differences between patients such as age, ovarian reserve, BMI can impact the success of IVF. IVF practice is currently extended to very diverse patient phenotypes and genotypes. Adapting the IVF procedure for each patient is crucial to optimise its efficacy and safety.

The POSEIDON Groupi suggested 4 groups of patients with different degree of low response. 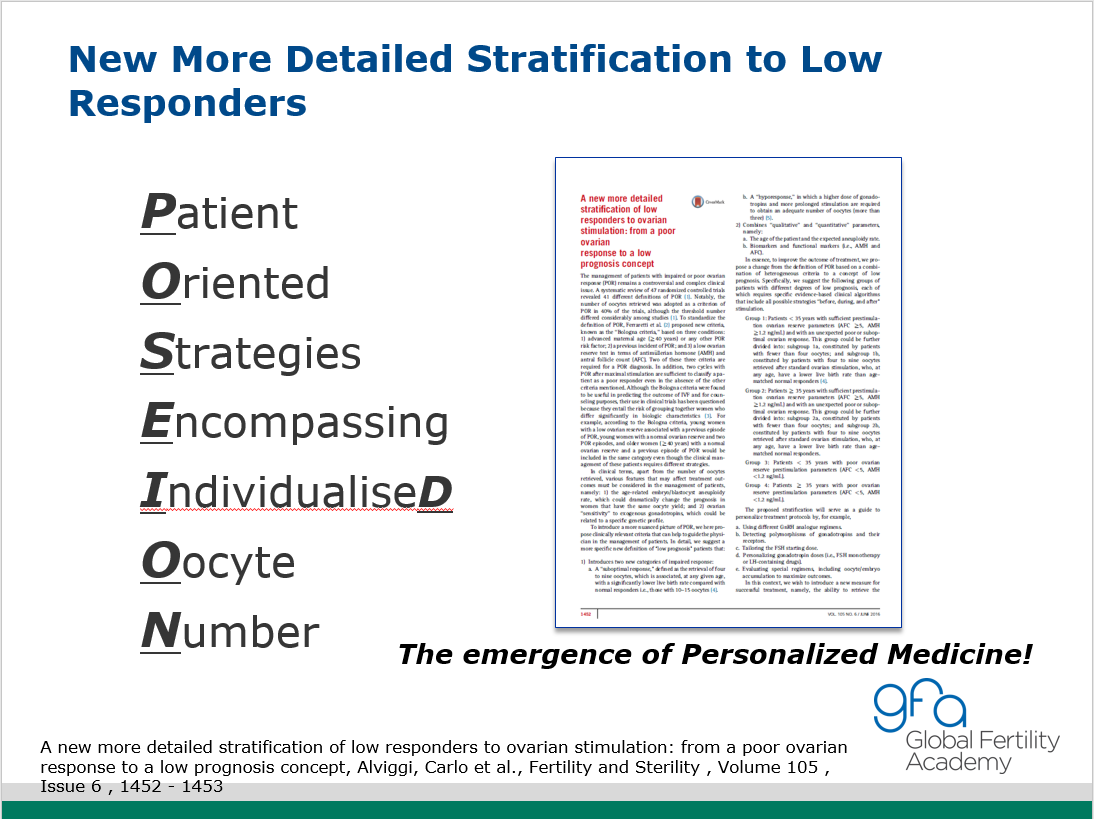 Based on above, there are 2 categories of patients with low responses.

The suboptimal response group where the retrieval of 4 to 9 oocytes at any given age with a significantly lower live birth rate compared with normal responders and the hyporesponse group where higher dosage of gonadotropins and a more prolonged stimulation are required to obtain an adequate number of oocytes.

The participants were enthused with this new concept by the POSEIDON Group. They agreed that in clinical practice the group of suboptimal response was not uncommon and this concept encouraged them to how best to treat them in subsequent cycles.

2. EMERGING VIEW TO MANAGING THE POOR-RESPONDER
By Dr. Xu Yang 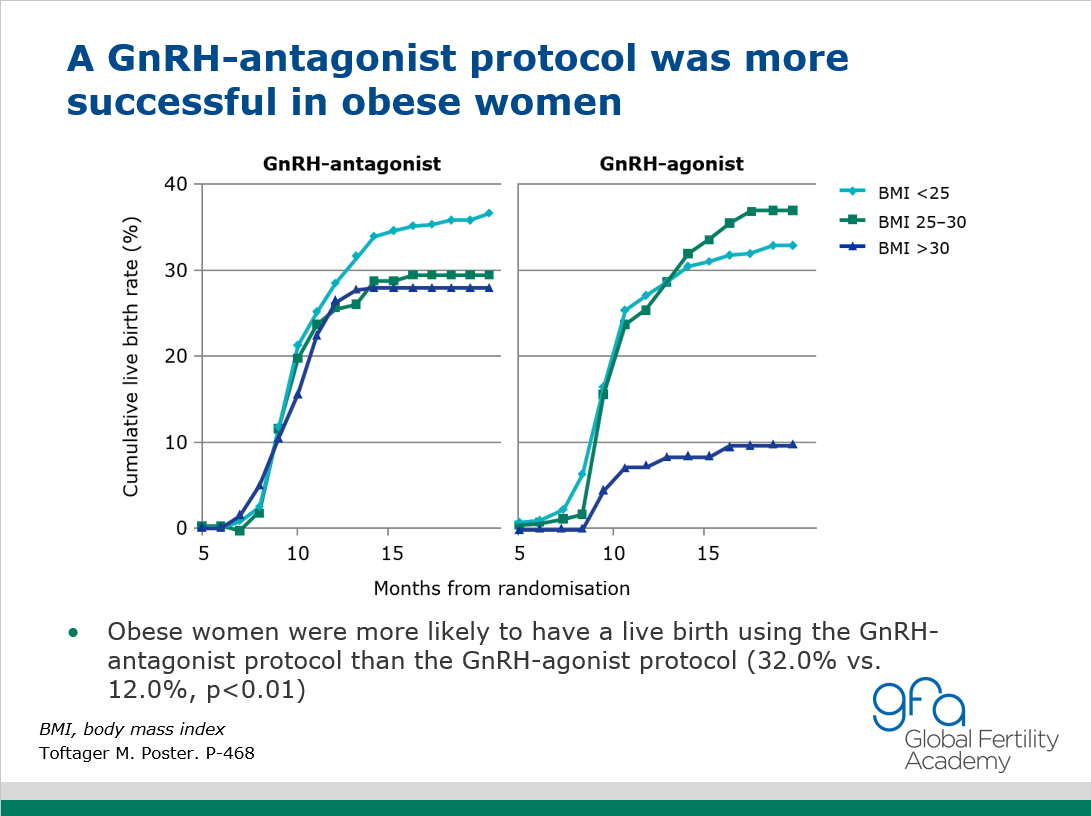 Y. Cheong’s oral presentation showed that women with endometriosis had a lower number of oocyte collected, but this did not affect the fertilization rate. There was a higher rate of early embryo arrest and this indicated perhaps a poor oocyte quality.

The discussion that followed showed that many clinicians do not carry out laparoscopy routinely prior to embarking on IVF. There was also no consensus as to the benefits of treating minimal to mild endometriosis patients prior to IVF.

4. APPROACHES TO HYPER-RESPONSIVENESS AND OHSS
By Prof. Shee-Uan Chen

Currently there are no accepted risk scores for OHSS. Shields and colleaguesii have developed a tool to assess for high risk OHSS. This risk score was calculated from two scores of age, maximum E2 and follicular count.

P. Boyer introduced the idea of freezing all oocytes in patients with high risk of OHSS. The preliminary results were encouraging. This is an alternative to the “freeze-all” strategy in patients who are adverse to embryo cryopreservation.

The participants acknowledged that “freeze all oocyte” is an alternative to “freeze all embryo” now that vitrification of eggs are quite successful. 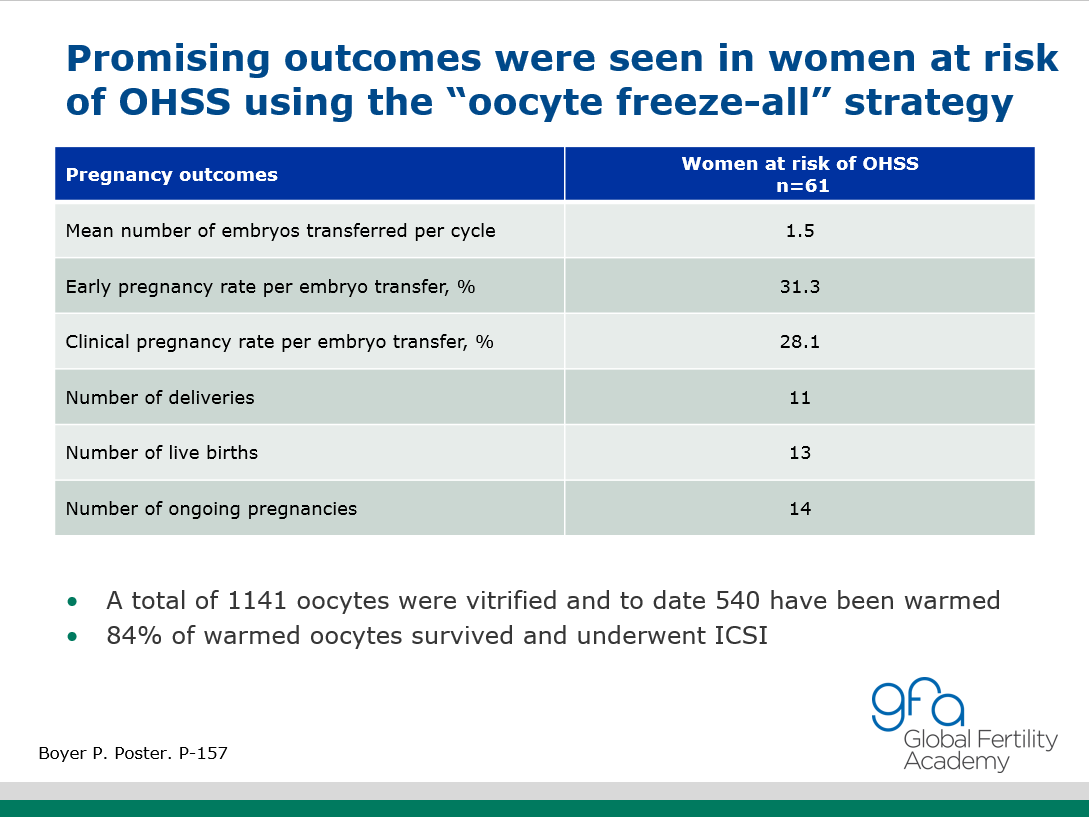 Dr. Kuroda reviewed the physiology of implantation and decidualization of the endometrium. He also reviewed causes of luteal phase defect in ART treatment. Liu in a poster presentation showed that oocyte retrieval for the follicular and luteal phase in the same IVF cycle in patients with diminished ovarian reserve have comparable fertilization rates and form embryos with comparable cleavage and blastulation rates. Thus oocyte retrieval from both follicular and luteal phase by double stimulation protocol provide an approach for increasing oocyte retrieval per IVF cycle in patients with diminished ovarian reserve.

Generally the participants enjoyed the review of luteal phase support in IVF patients.

6. AMH AND BIOMARKERS OF IVF OUTCOME: HOW VALUABLE?
By Dr. Rohit Gutgutia

La Marca in an oral presentation suggested that one marker of ovarian response (either AMH or AFC) is adequate, but a combination of markers may improve diagnostic performance. Preliminary result show that models based on a combination of AMH and AFC may be clinically useful to determine the optimum FSH starting dose.

Marino’s poster presentation also suggested a normogram to be the basis for choosing the optimal starting dose of FSH.

By a quick show of hands, more participants used AFC than AMH as a test of ovarian reserve. The reason being that all the clinicians present had direct/easy access to transvaginal ultrasound scan while not all have a reliable/convenient AMH assay.

Of those who utilised both AMH and AFC, they tend to be guided by the AFC result when there was a divergent test result between AFC and AMH. This was attributed to the fact that clinicians trusted their own ultrasound scans more than the laboratory results. 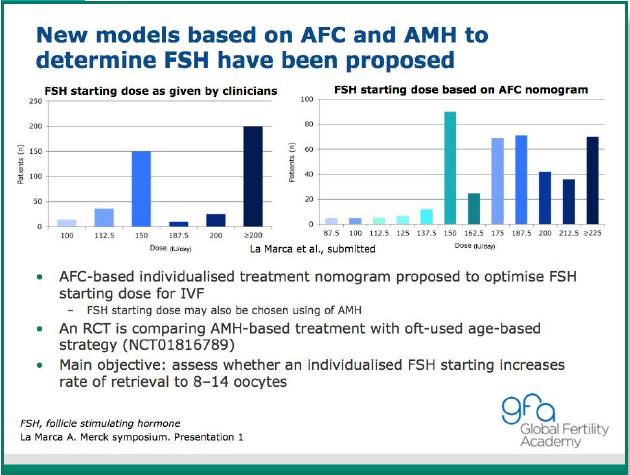 After every two sections, there were time allocated to small group discussion followed by the faculty panel discussion. Many questions were raised in vital discussions. Many participants shared their personal experience and many queried how the meeting pointers could fit into their clinical practice.

Overall it was a very successful meeting. The feedback from the participants were very positive and everyone felt that the meeting was useful to them.

Individualising IVF: Introduction to the POSEIDON Concept
How to better characterize the poor ovarian response spectrum to maximize treatment outcomes
NP Polyzos
P-671 Majority of young females with occult POI menstruate regularly: why we should not rely on menstrual status as a marker of ovarian reserve
Y Gűzel

This resource is supported by an educational grant from Merck KGaA, Darmstadt, Germany.

Stay current with the best on medical education

Register for free
You are now leaving Global Women's Health Academy and going to a site run by another organization.

Press cancel to remain on Global Women's Health Academy. Press the link below or the continue button to keep going.